Since its opening to the public in 2013, the Grotte de la Salamandre has been the subject of numerous reports broadcast on television channels.

Several fictional films have been produced in this fantastic filming location, and we have also tried, on our side, to immortalize a few concerts or other events in the Grotte. On to the video!

The Grotte de la Salamandre in pictures: this fantastic filming location has given rise to numerous programs broadcast on television channels. Judge by yourself! 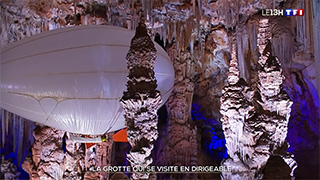 Such a happy 3 days shooting which took place at the beginning of the season. Unfortunately, the diffusion was delayed because of really intense news. 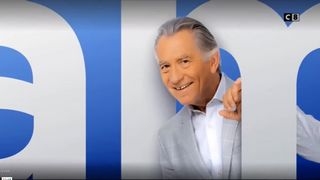 A wink on Provence Occitane. Our pretty territory, the activities that can be practiced there as well as its good addresses are highlighted by William Leymergie and Caroline Ithurbide on “C8”. 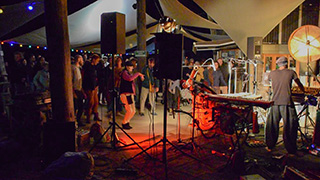 Alex offered us his incredible virtuosity thanks to his balaphon. A magical keyboard and percussion mastery. 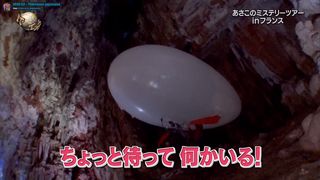 More than 15 million Japanese viewers discovered in the cult show “Itte Q” the incredible mineral treasure of our territory! Humor and culture shock await you! 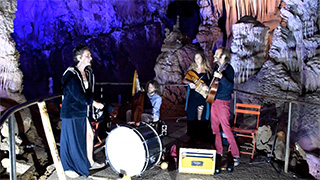 A type of music mixing vocal technical virtuosity and traditional instruments. A trippy night perfect to close the season. 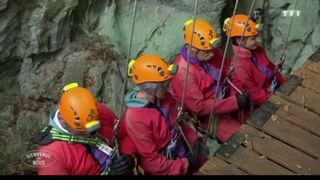 Our friends at the Café des Fleurs in Salindres have chosen to offer their guests a “Grand Rappel” for the program “Bienvenue Chez Nous”! 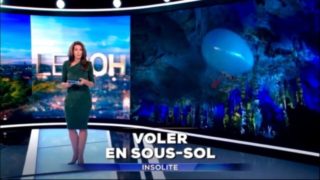 For the second time in 3 years, “TF1” pays tribute to our activities! Beautiful images that reflect the dreamlike atmosphere of the Grotte when the Aeroplume evolves there. 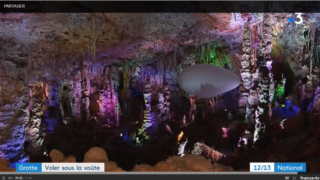 “France 3” came to cover the Aeroplume flight of the season. First on Regional channel, then on National channel…

A little camera shot by the “France 3 Pays Gardois” teams. A second complicated year due to the health crisis… 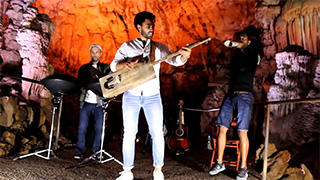 Alchimix gave us a wonderful night, unpredictable but effective meeting of Hang, Guembri and Human Beatbox. 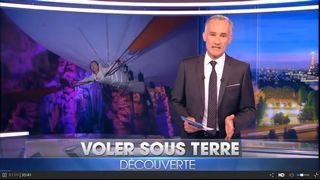 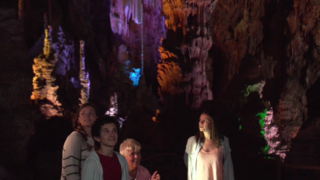 What a pleasure to receive Mimie Mathy and the entire “Joséphine Ange Gardien” film crew. A very nice report by Alain Borie… 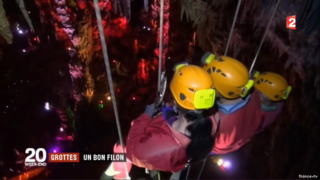 An introspection in the economic world of the caves, in the style of “Capital”. Border line, of course, but a nice report anyway… 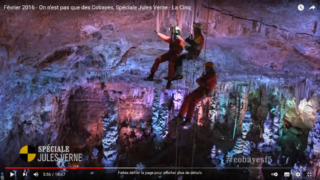 The Grotte de la Salamandre was chosen by the Team of “On n’est pas que des Cobayes”, for a “Special Jules Verne” program. A fantastic Voyage to the Center of the Earth… and by Balloon! 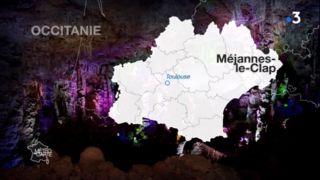 On “France 3”, the “Météo à la Carte” program takes viewers on a journey throughout France. 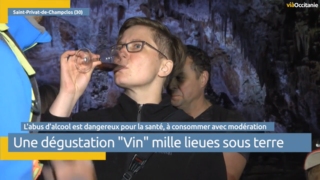 “Via Occitanie” was there during one of the unusual tastings of wines from our region in the Grotte. 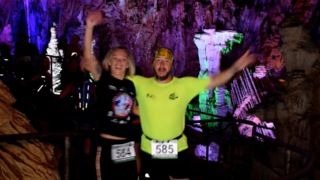 The “Trail des Avens”, brought together 600 runners in 2018 for 4 beautiful and very unusual races. On the program, the moss forest and the crossing of the Grotte de la Salamandre. Here is a short clip that reflects the very festive atmosphere of this trail. 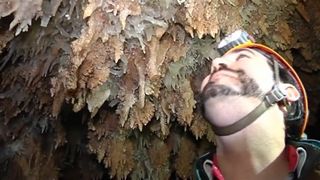 The Backstage of the Salamandre - "TV Sud"

To discover the hidden galleries of the Grotte de la Salamandre, Christophe from “TV Sud” chose to test by himself the Backstage. Not so easy ! 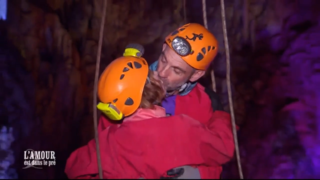 Yes, “M6” came to shoot “Love is in the Meadow” in the Grotte. With Monique and Jean-Marc! 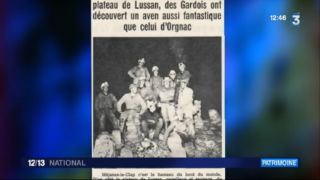 50th anniversary of the discovery - "France 3"

To celebrate the 50th anniversary of the discovery of the Grotte, we invited the “inventors” who relived their first descent in front of the cameras of “France 3”! 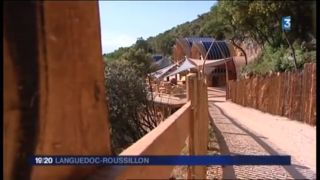 The grand opening of the Grotte - "France 3"

During the grand opening of the Grotte in 2013, “France 3” was there to film the reaction of the spectators. 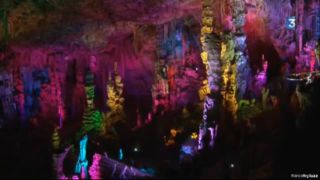 When a tightrope walker encounters a singer in a cave, it gives very beautiful images filmed by “France 3”. 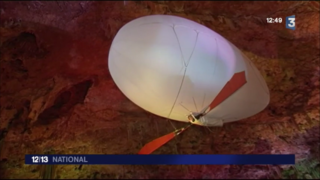 Thanks to “France 3” for another very nice report with the Aeroplume. 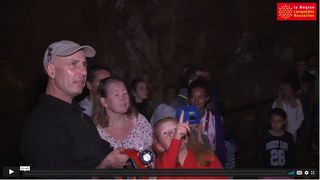 At the bend of a journey on our lands of scrubland, the teams of “Région Languedoc-Roussillon” stopped to discover the Grotte de la Salamandre. 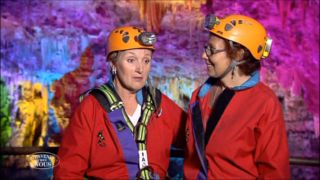 Jean-Marc and Zoubida from “Mas de Cyjelac” in Saint-Denis received their guests for the program “Bienvenue Chez Nous” on “TF1”. 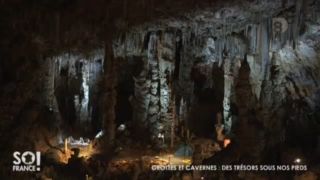 Shortly after the Grotte opened to the public, D8 (now C8) broadcast this interesting report on the layout of the Grotte. 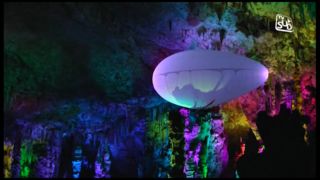 The “TVSud” channel (now “viàOccitanie”), which has followed us from the start, was the first to take an interest in what was to become a media star… 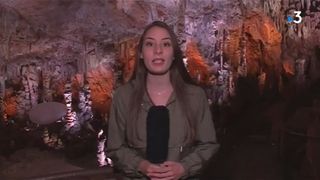 According to “France 3”, the Incredible Grotte de la Salamandre is the perfect place to enjoy a moment of freshness and magical discoveries! 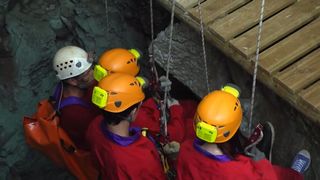 The “Pays de Cévennes” is full of riches, but when a new cave opens its doors, you must discover it at all costs and try out its activities. 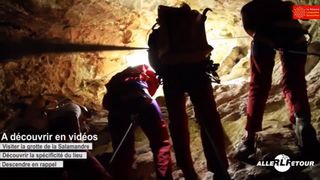 Arrive in the Incroyable Grotte de la Salamandre through its ceiling, during a 50-meter long abseil, with family or friends. Adrenaline and fun guaranteed! 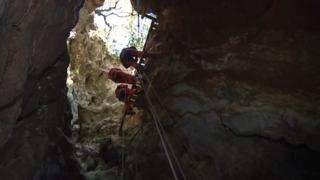